Now that Japanese publishers have scanlation sites in their gunsights, perhaps they may consider a few lessons from the American market.

For about one year, I worked for a company that distributed non-theatrical digital releases of films from a variety of US studios.  We had to adhere to strict MPAA conventions to protect every master in the vault and account for every transaction, every visitor, every digital copy we made, ensuring secure deletion/destruction of both encrypted and unencrypted resources, with constant video surveillance.  The same was true for the warehouse of film and DVD prints. This was a secure shop.

While I was an employee at that company, the MPAA was severely levying penalties on students and casual downloaders of a variety of TV and motion picture content. The RIAA was also making hay out of the numerous methods of downloading/sharing digital music. These heavy handed tactics did not make people more inclined to see the RIAA and MPAA in a positive light.  While I supported the MPAA’s desire to keep things secure and money flowing back to the studios that created the original content (heck, they were helping pay my salary as part of this food chain, and of course, we sent buckets of royalties back to them), I thought that there must be a better way.

Five years later, we have many more legal options for obtaining content.  From iTunes rentals, to purchases (cheaper than DVDs), from Hulu to Netflix.  Each has a revenue stream, whether consumers purchase media for a reasonable price, or advertisers pay for it.  Earlier attempts to consolidate media as an online, accessible library did not pan out well for a variety of reasons.  Ruckus network failed because their marketing was off and their technology was limited by what the MPAA would allow.  They only allowed Windows Media files with an encrypted back end controlling the content license.  Well, WMV did not play nice on Macs, so that cut out 20% of the market.  Plus, who likes Windows Media?  It’s heavy and requires an external player.

Youtube changed the landscape because they used Flash video.  FLV allowed so much numberswiki.com

more flexibility, better quality, higher compression, and less bandwidth.  Some studios got wise to this, and we see the joint between Fox and NBC (and now others) in the form of Hulu.  The studios and Hulu make money off advertising, and it’s free to the end user.  Netflix, which is a paid subscription, skips the commercials and has a vast content library that works on lots of platforms, including, now iPad and iPhone4.  Nice thing is that you can also get physical media of newer content that is DVD/BRD only.  Google has monetized Youtube with advertising (as they have with everything else) and now even Bandai is using Youtube as a distribution mechansism for anime.  Hulu has Naruto Shippuden and Bleach among others.  Legitimized Crunchyroll.com has an increasing library, much like Netflix, while you can also access near Zero-day translations of anime.  This model, in conjunction with Japanese publishers, seems to be increasing in ability to get money back in the hands of animation studios.

So, what to do with Manga as intellectual property?

A Crunchyroll method may work, with a Netflix style distribution.  Could you imagine getting zero-day translations of manga, legitimately, on you iPad or whatever device you like, with a purchase option for discounted physical media?

What about renting manga?  Pay a few bucks to get a manga title physically and send it back for another later?

Of course, the other great way is to allow each chapter to be available for a limited time until the physical book is published, a la Kyokai no Rinne.  As long as the publishers have a meta-representation that allows for money to flow back to the manga-ka, this model may be viable.

And to that extent, I am more concerned that the actual artists make the money so that they keep doing what they do best.  The publishing jimusho need to take care of their artists better.  If a manga-ka could sell their works as iBooks, however, they’d probably make an even better cut.  Much like the musicians who publish to iTunes without a traditional record company.  Maybe indie manga publishers, a group of excellent manga-ka and crazy American translators could reinvent the industry? 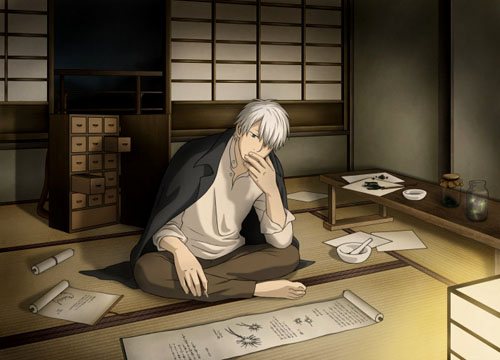 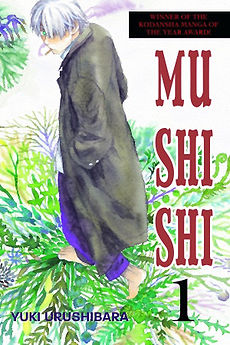 Now that I am playing with an iPad, I found the Marvel application. I downloaded the six free issues that they are offering and started to flip through the 1999 Amazing Spiderman issue. The artwork is great as are the colors, but I found myself losing interest after about 10 pages.

Why? I have gotten used to reading Manga, and the action sequences, camera angles, frames, and visual narrative have totally replaced my ideal of what a comic book should be. The Spider Man issue had too many words, too little dynamic action, and just took too long to digest. I was tired and had a long day at work. I wanted to spend a few minutes relaxing, but it felt more like work.

However, a lot can change in 5 years. I also downloaded a 2004 issue of “The New Avengers” and noticed immediately how much more manga had left its mark in such a short time. For one, there were a lot more camera angles, reminiscent of Tezuka’s work. There were zooms out and pans to establish location. Frames were no longer simply boxes; sometimes they were ignored. There were also fewer words, and a lot more action. Rather than a bar scene with one shot and 10 bubbles, there were 5 frames with 2 or 3 dialog bubbles.

You can guess which comic I read through.

On the subject of manga’s influence on the US scene, I discovered that on the iPad, in the iBook store, you can purchase Roland Kelts’ “Japanamerica”. I looked for other manga related books but didn’t come up with any results. I wonder if Stonebridge will release any titles on the iBook store? I guess many authors might be concerned about intellectual property.

Speaking of intellectual property, I wonder if VIZ will get an iPad app? A friend of mine wondered if some might consider importing scanned images as a way to read manga on the iPad in theory, but, of course, we wouldn’t want to break copyright. I am sure less-ethical people have already done as much?

I wonder, too, why most of the manga titles on the kindle store are ero titles? I am not interested in that genre…I am sure will keep on buying/borrowing hard copies of old-school shonen/seinen titles for now.