Paul Frillmann – The right man at the right time

The photos below came to me on a bunch of ancient glass slides via Dr. Henry Rowold, a dear professor who has much experience with and love for the Chinese people. These slides got me thinking, I wonder what really happened with the Lutherans along the Yangtze River at Ouchikou, Hankou, Shashi, Chongqing, and a few other cities. (See map) 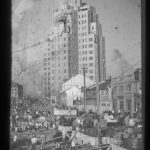 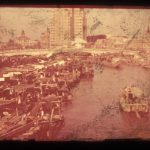 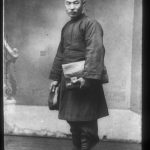 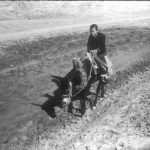 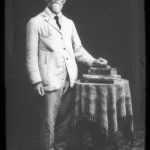 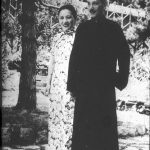 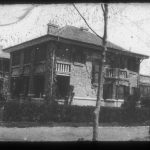 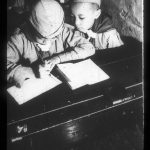 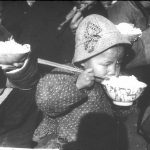 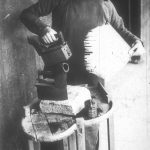 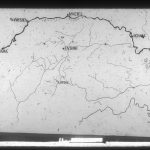 After checking it out from the Concordia Seminary library I found a few books to start with before I raid Concordia Historical Institute. I started with what I thought might be the most interesting, I haven’t regretted it.

I’ve been reading about the incredible life of Paul Frillmann in his book China, A Remembered Life. He was a Lutheran missionary in Hankou, (current day Wuhan) China, from 1936-1941. His career also spanned many decades in China. While a missionary, he learned Mandarin, spent time with Communists, Nationalists, folks from Russia and Germany, General and Madame Chiang Kai Shek, and played baseball with Claire Chennault. He also stood fast and did all he could to help the people of Hankou. After his mission service, he went back to China with Chennault’s AVG as a chaplain. (The AVG is also known as The Flying Tigers-he must have run into Gregory Boyington of Baa Baa Blacksheep fame; he took the first boat out to Rangoon, Burma. Boyington was on the second, a Dutch luxury liner.)

Frillmann was a man of the people. Unlike other missionaries of the time, who did not necessarily understand how to work in cross-cultural situations, Frillmann thrived on them. He loved learning Chinese, he found it easy and natural. He loved the people around him, their customs, their stories, sharing their lives, their tables, and their sorrows.

When the Japanese army came to occupy Hankou in Hebei province (up the Yangtze river from the coast) he was the only missionary left, as he was single and had no family to be concerned about. His mission board instructed him to look after the properties (There was a Lutheran college and seminary, as well as dormitories and faculty housing in a beautiful compound.) As the occupation began, many citizens of Hankou fled. They asked him to look after their livestock and other possessions, since America was still neutral in 1937. He tried to buy cows and chickens for a nickel, a penny, whatever he could, in order to make sure they were honestly American property.

When the occupation intensified, only 80,000 people (or so) remained. They were of course, fearful for their future, fearful for the women. The citizens asked him to let the women stay at the seminary, after hearing about Nanjing. Frillman nwas not sure he wanted to take that on, since he figured a concentration of women was a more dangerous thing, than to have them hideout wherever they could in the town. After a few days, the people came back with tragic stories about what happened to some of the women, and so Frillmann figured that since this was a mission, he ought to take the people in and help care for their physical needs. The women were safe throughout the occupation because they were staying, 4 to a room, in rooms meant for 2 single men. They cooked on open stoves in the hallways and did not really know about indoor plumbing. They shared meals and worked on clothing, knitting, and such.

The women all banded together for their own protection. If a soldier tried to steal into the compound, they developed loud calls of different sorts to alert Frillmann and the others to which wall (North, south, east, or west) the soldiers were trying to sneak over. Then they would scream at the top of their lungs causing the soldiers such a start, that they would scramble back over the wall, losing boots and other articles of clothing in the melee.

Over time, Frillmann got to know the women and the men of the town in a way you can only do when you live with people and take on their lives as your own. He began to teach these grandmothers and teenagers, and whomever else how to read their own language; something the women had never been allowed to do before. The pride of these grandmothers learning some 20 Chinese characters was unmatched. The love between the people and Frillmann seemed to grow.

As the occupying forces began to be more of a police force and Japanese civilians moved in to begin colonization of Hankou, Frillmann became a source of joy for the Japanese soldiers who had nothing to do except lament having to be there. Many of the soldiers were educated in Western literature and languages. They wished to read poetry, hear Bach, discuss philosophy, and think about the things they had learned. Frillmann would exchange phonograph records, books, and other Western materials with various troops for various supplies he desperately needed to keep the seminary running: cloth, coal, soap, etc. He was also someone they enjoyed talking to, almost as a confessor, so it seems.

The women staying at the seminary even had a local new years festival together, with all sorts of pork delicacies (after slaughtering a giant pig that was at the compound) and costumes and parades and stories. Entire families got together and celebrated. The locals shared their legends with Frillmann, and Frillmann was asked to share legends from his land. He explained that America was too young to have stories, but instead shared legends as old, if not older than China from the Bible. He told of Noah’s ark, David and Goliath, Daniel and the Lions’ den, Jesus’ life and miracles and death.

The people loved these stories, and he was asked to tell them again and again and again. Some asked deeper questions like why would God allow his son to suffer for evil people and not rescue him?

Frillmann, a recent seminary graduate, figured, “Why not?” and asked if they would like to be taught from Luther’s catechism. There was an overwhelming response, “Yes!”

So he began to teach them.

When he was called to return home, he confirmed 40 or so in the Christian faith – the ones whom he felt were ready. He was asked by his mission board to hurry up and confirm them all, but he did not want to do a half-hearted job; he wanted to do it right and have people ready to know what they are getting into. He truly respected the people who were learning from him.

When he returned home to America, the people presented him with a black lacquered sign in the traditional mode, with engraved Chinese characters inlaid with gold.

May we all learn from Paul Frillmann’s example and love those around us to be the people we are called to be each day.

For more info on prewar Hankou, check this site.

Thanks for posting those pics of Hankow. I am just about to finish Frillman’s book and came across your site while surfing for some pics from that era. FYI, Royal Leonard’s I Flew for China is definately worth the read too!
Thanks again for the info.

I ran across Frillman’s book as a reference while reading “A Flying Tiger’s Diary.” Through an intra-library exchange program, I borrowed Frillman’s book and consider it a remarkable record of affairs during the period 1938 to 1955, or so. I recommend this book for DOD and Sec of State employees who may find themselves working on matters in the Asian domain. Truly, this book is fascinating.