Article on J-Pop music in America

Poignant and explicatory as ever, Roland Kelts’ new article at 3AM magazine called “Soft Power, Hard Truths: Japan’s Music-makers in America” demonstrates how cool J-Pop music does not necessarily need the validation of American audiences to be considered great in and of its own self. Historically there has been a reason for this need for validation, outside of popularity within the US or the West.

This reminded me of something. Longtime Japan antropologist Joy Hendry noted that historically, much of the reason newer and more avant-garde Japanese artists had to seek validation external to their own culture was in many ways because of the rigid iemoto system:

It has been described as ‘feudal’ and artistically inhibiting, and an abundance of new forms of art and artistic cooperation have been tried out, influenced by many different countries…and many innovative Japanese artists have had to make their names abroad before they could be accepted in Japan. These include Seiji Ozawa, film-maker Akira Kurosawa, architect Kisho Kurokawa and designer Issey Miyake, to say nothing John Lennon’s Wife, the mischevious Yoko Ono. Like Ono, the artist Yayoi Kusama traveled to New York in the early 1960’s, wherewhe made a name for herself that later became known in Europe as well. Now she lives in Japan, but she has setup her studio in a mental hospital. Other Japanese artists respected abroad, such as the photorapher Nobuyoshi Araki, have experienced considerable disapproval in Japan (Hendry, Joy. Understanding Japanese Society. London: Routledge Curzon, 2003. 190)

Perhaps as the iemoto system means less to non-traditional, non-elite arts and consumers, Japan’s cool, new artists will begin a new journey of a priori self-validation? Just a reflection.

Look Toward the Heavens – The Art of He Qi 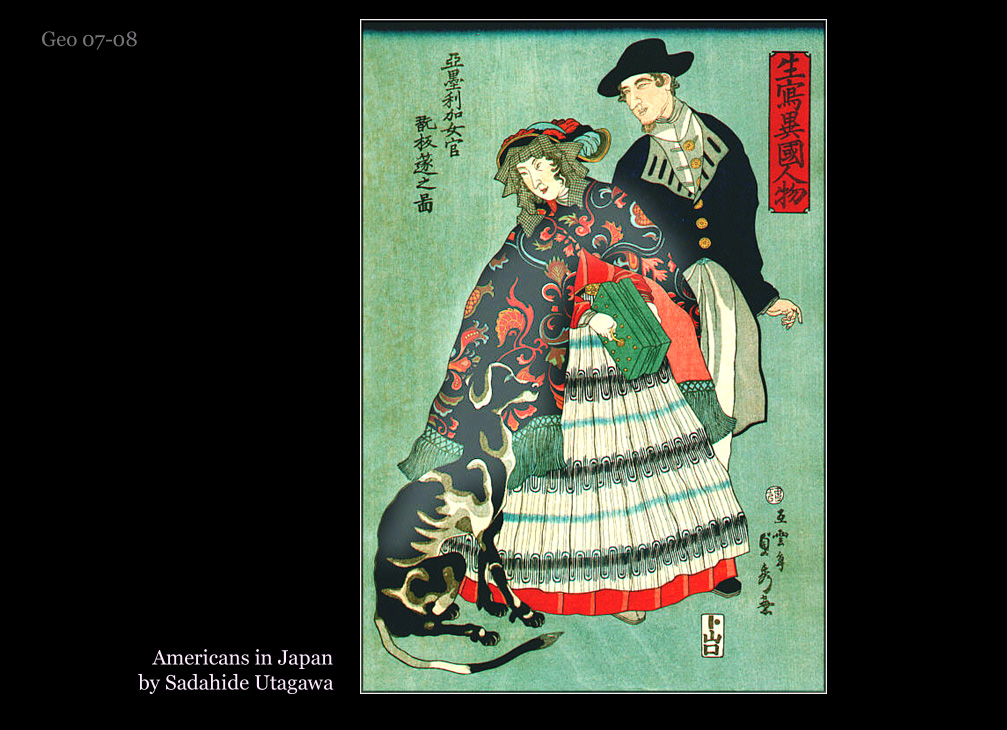 Fujiwara no Shunzei wrote “Korai Futeisho”in 1197. This early Kamakura treatise on poetics set the stage for many